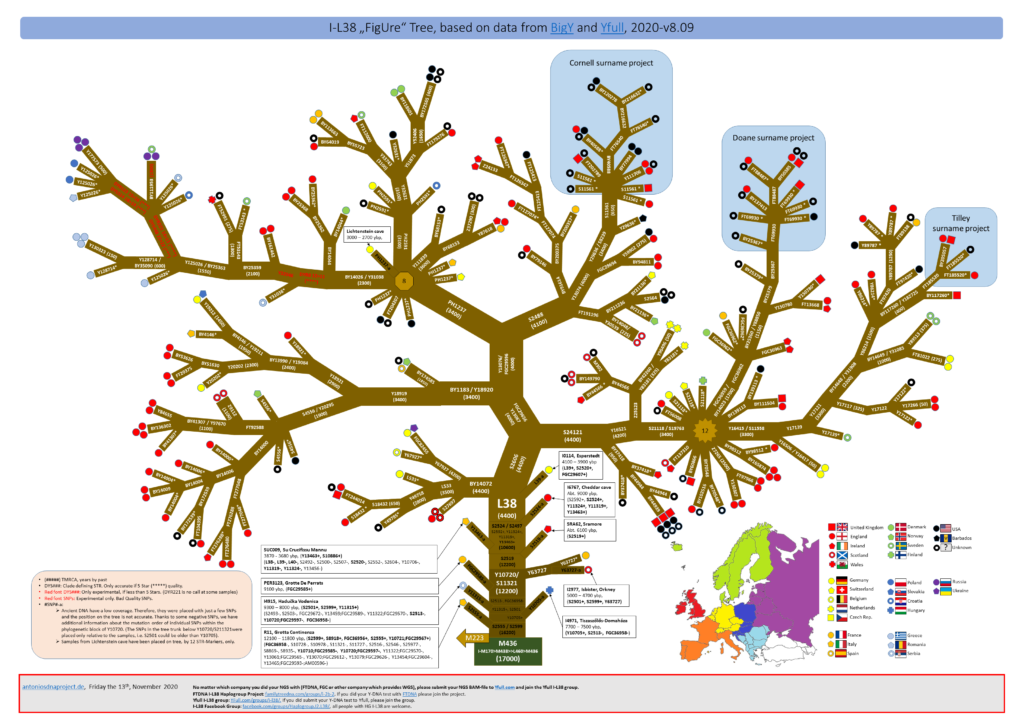 In April 2017, I did my first Y-DNA test and was surprised by the result. My parents come from Almopia in the north of Greece, but the Y-Haplogroup I-L38 to which I belong originated about 4500 years ago in northwest Europe, between the mouth of the Rhine and the Baltic Sea. Since then I have been studying the question of how this haplogroup came to Almopia and have already motivated some relatives and carriers of my subgroup Y125026 to do Y-DNA tests to get a clearer picture.
The aim of this article is to present the information available so far, in simple words and pictures and to bring the topic closer to people from Almopia, as well as carriers of the I-L38 subgroup BY14026. In addition, it is intended to motivate these people to use NGS (Next Generation Sequencing) tests, such as the Big Y of Family Tree DNA, as this will lead to a clearer picture of where our sub-branches originated and the path they took.